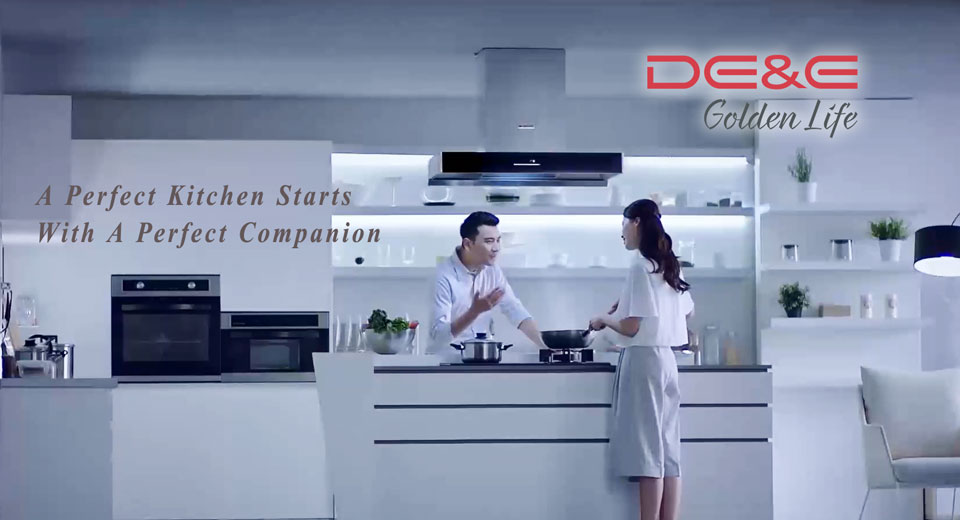 DE&E intelligent factory take advantages and benefits of using the automated intelligent robotic system in the production of kitchen cooking appliances that have to speed up the complicated process and accurately and precisely increases the reliability and quality of each product.

Having the establishment in China in the year 1992, for the past 30 years DE&E constantly and persistently innovates and producing world-class top quality kitchen appliances that have great meaning in meeting product design, efficiency, and enjoyment in culinary preparation. As the global leader in kitchen appliances maker, DE&E continue in leading the industry with innovation and drive the industry with innovation.

DE&E has been awarded many international certificates, including CQC, RoHS, REACH, GS, PSA, KC, SASO, SAA, ISI, ETL, CE, CB, and CCC on all cooking hoods. Every year, more than 5% of the sales turnover is invested in developing new products. DE&E has got a leading R&D center in the industry and obtained more than 260 patents. It's the leader for the most powerful high suction pressure cooking hood in the market. An example of one of its kitchen hood models with the super air pressure of 920PA and low noise level is the DE&E HA939.

Safety is the main factor for every gas hob. The DE&E gas hob was engineered with SPANISH ORKLI (FSD) flame supervision safety device to ensure quick, reliable, and safe burner usage. The DE&E Ultra-Slim built-in gas hob was developed with four layers of explosion-proof glass and stainless steel panel not only guarantees the safety of the hob but also easy to clean. The gas hob burner's heat rate can be adjusted from 0.3kW to 5.2kW to make stir-frying faster and simmering more stable. Have a look into the 2 burners ultra-slim gas hob model, the DE&E S7850 with embedded timer control.